6 Military-Grade Strategies for Winning in Education

You are here: Home / Blog Page / 6 Military-Grade Strategies for Winning in Education 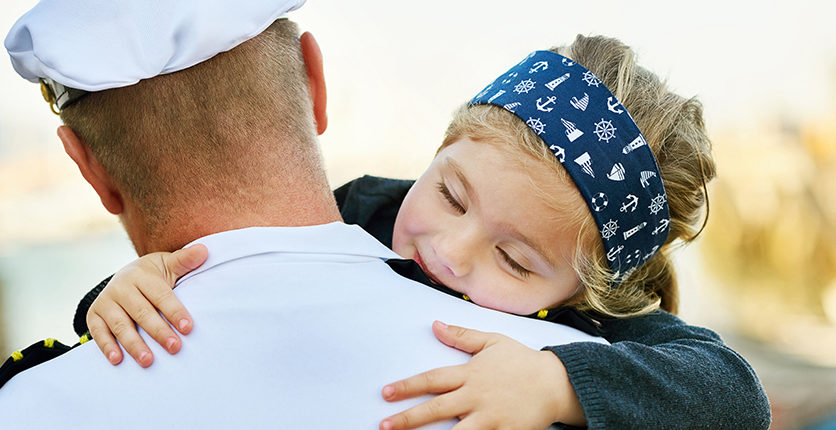 6 Military-Grade Strategies for Winning in Education

During one of his last interviews before resigning as Chancellor of the UT school system, Admiral William McRaven was asked: “What keeps you up at night these days? What are you worried about?”

McRaven noted that audiences were frequently surprised by this answer, but reaffirmed his stance.

“Pre-K through 12” is the greatest threat to America’s national security, he said again.

The admiral mentioned briefly that he worried about whether young women and men would be in a position to succeed in life, but beyond that, he did not elaborate.  And then, the interview was over.  Readers were left to wonder…

At first glance, it may seem that Admiral McRaven’s response was an off-hand quip or an exaggerated frustration.  However, a look back at McRaven’s military studies reveals that his comments about “Pre-K through 12” education were, in fact, a sincere statement from a respected and extremely knowledgeable military leader.

What is a Special Operation?

To understand McRaven’s perspective on education, we must first consider who the Navy SEALs are and what they do.

Simply put, the SEALs are the U.S. Navy’s elite special operations force.  These soldiers are called in when our national security requires someone to do the seemingly impossible… to outmaneuver an opponent whose numbers, defense systems and weaponry are magnitudes greater than our own in response to a given threat.

Getting back to education, it is possible and perhaps even likely, that Admiral McRaven relates the overwhelming disadvantages present in a special operation to the unrealistic set of challenges being placed on classroom teachers today.  And further, as in the circumstances of a special operation, we can be sure that Admiral McRaven believes education is vital to the long-term security of American citizens.

How do you successfully complete a Special Operation?

More than 20 years ago, Admiral McRaven wrote a book of case studies on Special Operations.  In this deeply researched book, McRaven describes the 6 essential components of success for overcoming the odds and completing a special ops mission:

McRaven’s research suggests that a disciplined adherence to these 6 essential criteria are paramount for achieving success in special operations.  Unfortunately for students today, these essential criteria for success are not only neglected in current education systems, but they identify precisely why public school districts across the nation are failing to meet the needs of children and citizens.

Scientists and engineers are taught to focus their attention on correctly defining a problem before attempting to solve it.  Similarly, attorneys are instructed to explicitly define what is known and what is NOT known about a particular case before working on a legal strategy.  In all of these professions, the problems which appear to have no solution are almost always problems that have been improperly defined.

Along these lines, it is worth wondering why there has not been a greater effort to define a common purpose for primary and secondary education.  Instead of defining the purpose of education at a state or federal level, local school districts are left in charge of crafting their own purpose or mission statements.

If we were to adopt the McRaven’s practices for success, there would be one purpose and it would be understood by all. Having a singular, well-understood purpose helps everyone to work in the same direction.  It also limits the pursuit of unnecessary goals that might put the primary purpose of the mission at risk.

The wisdom of simplicity was first recorded more than 2000 years ago in the Book of Sirach.  At the time – around 200 B.C., it was written:

In 2001, Jim Collins reintroduced the importance of simplicity in his landmark book, Good to Great.   As an illustration of simplicity, Collins recalled a Greek parable about a hedgehog and a fox.  The story goes that day in and day out, a clever and cunning fox employed a new technique to attack the hedgehog.  However, the hedgehog understood his own talents and limitations, and he always relied on his single method of defense: curling up into a spiky ball that the fox could not attack.  In this way, the hedgehog was able to spend his time as he wished and he never fell prey to the fox.

The idea of simplicity was further developed by Mike Schmoker in his book, Leading with Focus:

Despite its indisputable importance, simplicity is difficult to achieve in large organizations, and especially government institutions.

In our paradoxical matrix of democracy, the “clever foxes” are most adept in persuading leaders to abandon core principles in pursuit of alternative versions of the greater good.  Meanwhile, the “dowdy hedgehogs” apply their efforts and resources directly to the cause, leading them to be less active in policy discussions.  In this way, teachers and school administrators are often caught in the trap of taking on too many special programs and neglecting core learning objectives that would yield a higher return on investment.

Gene Kerns, Chief Academic Officer at the Rennaisance learning company, explains that teachers often say they are given too many skills to teach.  He states that:

This concept is know as “The Law of the Vital Few” and was developed by researchers, Lemov, Woolway, and Yezzi in 2012.

If you ascribe to this philosophy of education, then the greatest threat to security in education is the infiltration of competing agendas and non-essential objectives.  Therefore, the security of public education requires a tops-down set of learning objectives that is consistent with the singular purpose of the educational institution.

And so it is that with education, we must require students to exercise basic skills again and again.  For parents and teachers, the repetition of basic skills can easily become tiresome.  Year after year, we teach the same skills, the same lessons to students.

At some point, even the most patient teacher becomes bored of teaching the same lessons again and again.  It is important to remember that when skills seem too bland to teach again, it is the teacher who has moved on and not the students.  The skills and material are still new to children who have not experienced them before!

Therefore, when restlessness and a need for change sets in, we should encourage the teacher to take on a new group of students or a new challenge – not to change the content being taught.

In his book on Special Operations, McRaven explains:

If we were to apply this same corollary to education, we would focus our efforts almost entirely on helping students succeed in primary school rather than preparing students for post-secondary endeavors.

This concept can be understood by thinking of children as cars moving on a racetrack.  If we increase the speed at which a car is moving near the beginning of the car’s journey, the car will cover a greater distance.  Similarly, the earlier a child succeeds in core academics, the more they will be able to achieve in life.

In his theory of special operations, Admiral McRaven explains that surprise is “catching the enemy off guard.”  But, who is the enemy in education and how will we recognize them when they appear?

As it relates to education, the enemy can be defined as any person or act that seeks to undermine a child’s ability to learn in a safe environment, or that would displace taxpayer education funds away from the state’s core learning requirements.

Now that we have defined “the enemy” of education, you might wonder how it is that that we should “surprise” it?

My guess is that we – parents, teachers, administrators, legislators and ordinary citizens – surprise the enemy by displaying the same level of intelligence, perseverance and personal commitment as demonstrated by the nation’s greatest military specialists.  When distractions arise and demand for schools to take them in, educators must “surprise” them by staying on task and refusing to let peripheral conflict disrupt their classrooms.

Where do we go from here?

After considering all of the obstacles to operational success in public education, it is worth remembering that we already have the secret formula in hand!  Great education for all students is within reach.  It starts with a set of clear and consistent goals, and from there, we need only employ the 6 Essential Elements of Success as outlined by Admiral McRaven.

In summary, the path to success does not require us to put in more effort or spend more money.  It only requires us to apply our existing efforts and resources in a more effective way. 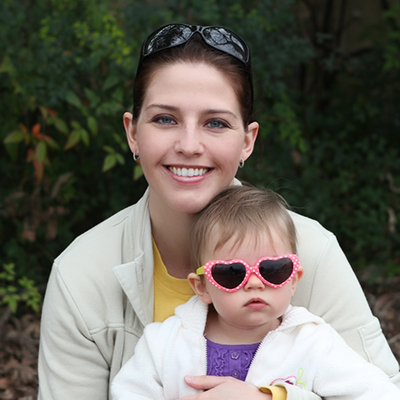 Jamie Morrissey is President of Kid Spa Austin and holds a Bachelor of Science in Electrical Engineering. Jamie's beliefs regarding early childhood development are heavily influenced by her background in science and technology, as well as her personal studies in psychology. 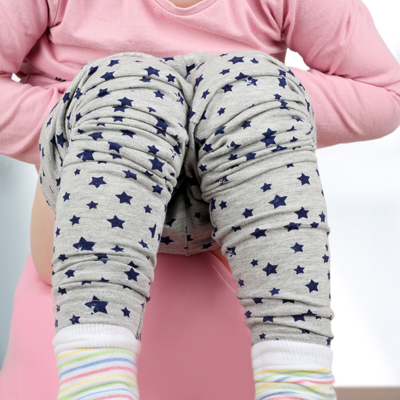 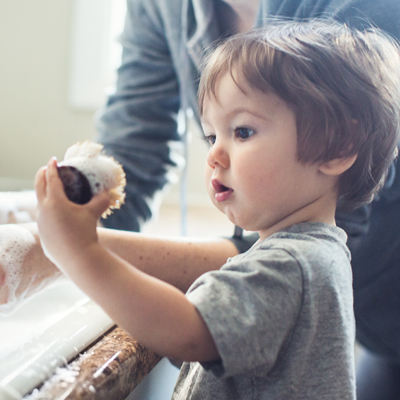 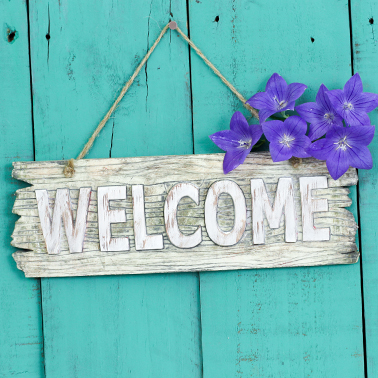 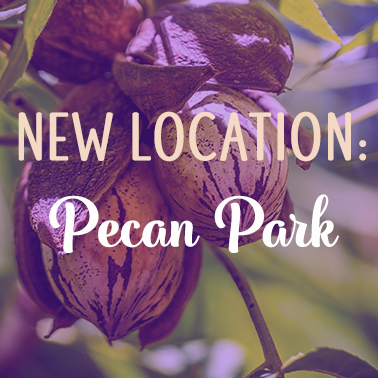 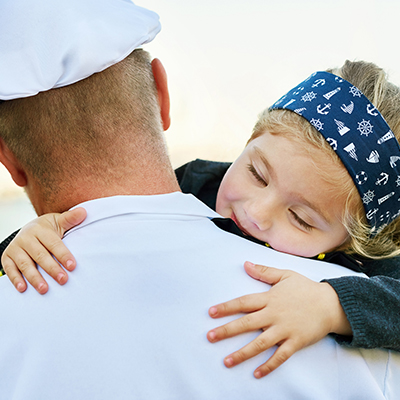